“I help business leaders and elite sports people to improve their performance and achieve their goals by overcoming the often hidden mental and emotional barriers that have been holding them back. If you want to move yourself or your team to the next level, I look forward to working with you to help you succeed.” 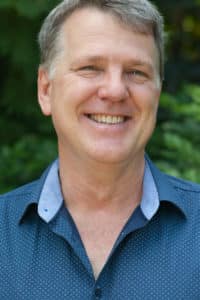 Steve Wells is an international leadership coach, acclaimed professional speaker, and peak performance consultant who regularly consults worldwide with elite athletes and business achievers to improve their performance and enhance the performance of their teams. Steve is Managing Director of  international training and development company Steve Wells and Associates Pty Ltd which has been in operation since 1996, and conducts regular development programs throughout Australia, Europe, USA, UK, Canada, and Singapore. He was also a founding partner of ExecEdge (1998 – 2012) an organisation that provided high-level consultancy and corporate development  for business leaders.

Steve is an internationally respected psychologist, and holds a Masters Degree in Psychology from Curtin University and post-graduate qualifications in Education. He has extensive experience in leadership and management at a range of levels and previously worked in a range of roles within the WA Department of Education including Psychologist in Charge of two separate cost centres.

Steve’s corporate development programs are dynamic, practical, and results-focused. For the past 17 years, he has been presenting on Peak Performance and Resilience to business owners and managers at the Centre for Entrepreneurship at Curtin Business School. He has consulted, coached and presented programs to assist large corporations as well as SME’s to succeed. His corporate clients include a diverse range of companies including (as a small sampling): Squire Patton Boggs, Harcourts, Alcoa, REIWA, Perth Airport, Local Government Managers Association, Law Society, Craven Foods, CMI, Jellis Craig, FINSIA, SWG (Now Programmed), MIA, Polytechnic West, Westpac, Cablewise, LD Total, among many others.

Steve is a leading edge researcher and innovative method developer in the emerging field of Energy Psychology. He received the 2000 Research Award from the field’s peak body, Association for Comprehensive Energy Psychology (ACEP) for his original ground-breaking research on Emotional Freedom Techniques (EFT). He continues to research new developments and has collaborated with Curtin University’s School of Psychology on several research projects.

Steve has developed unique applications of Energy Psychology for performance enhancement and emotional relief, and is in demand internationally to train others in his unique methods. His work and research has been featured on several Australian current affairs TV programs, he regularly appears on radio, and his work has also been featured in several national magazines and newspapers.

Steve was one of the first to apply Energy Psychology techniques to performance enhancement in sports, and has helped thousands of people through his worldwide workshops to achieve greater levels of success in their work and life.

For several years, Steve was team psychologist for the Perth Heat baseball team, who won the championship using his programs. He has worked with elite athletes across a wide range of sports to help them to succeed at the highest level, and has particular success in helping those experiencing a slump to turn around their performance.

Steve’s programs are based in universal principles of success combined with the latest findings of psychology and he always teaches powerful practical strategies you can use immediately to get better results – with less stress!

Here’s what some people have said about Steve Wells and his programs:

“Steve’s workshops are a key component of our business development courses. We get excellent feedback from our clients and have many personal stories of success from them. Steve is truly a masterful presenter and a leading light in his field.”
– Phil Doyle, Program Manager, Centre For Entrepreneurship, Curtin University

“I have listened to over 50 speakers and rarely have I seen anyone have such an impact on an audience.”  – Brenda Mitchell, (former) Manager, Public Sector Development (WA)

“Steve Wells’ training gets to the roots of behavioural change and uses some of the most effective tools available today to bring about rapid and lasting change.” – Phil Donaldson, Editor, Human Resources Magazine Australia

“After spending a day at one of Steve’s seminars the switch in my brain turned on. From that day forward I have never lost focus on my journey towards excellence.”  – David Henderson, Managing Director, Welltech